The goal of the project was the careful restoration of the botanic garden with preservation of integrity and distinctive character of its territory, modernization of the infrastructure and augmentation of green fund. Its total cost was 15 mln US Dollars. The best managers of the Verny Capital Group of Companies were involved in the project. 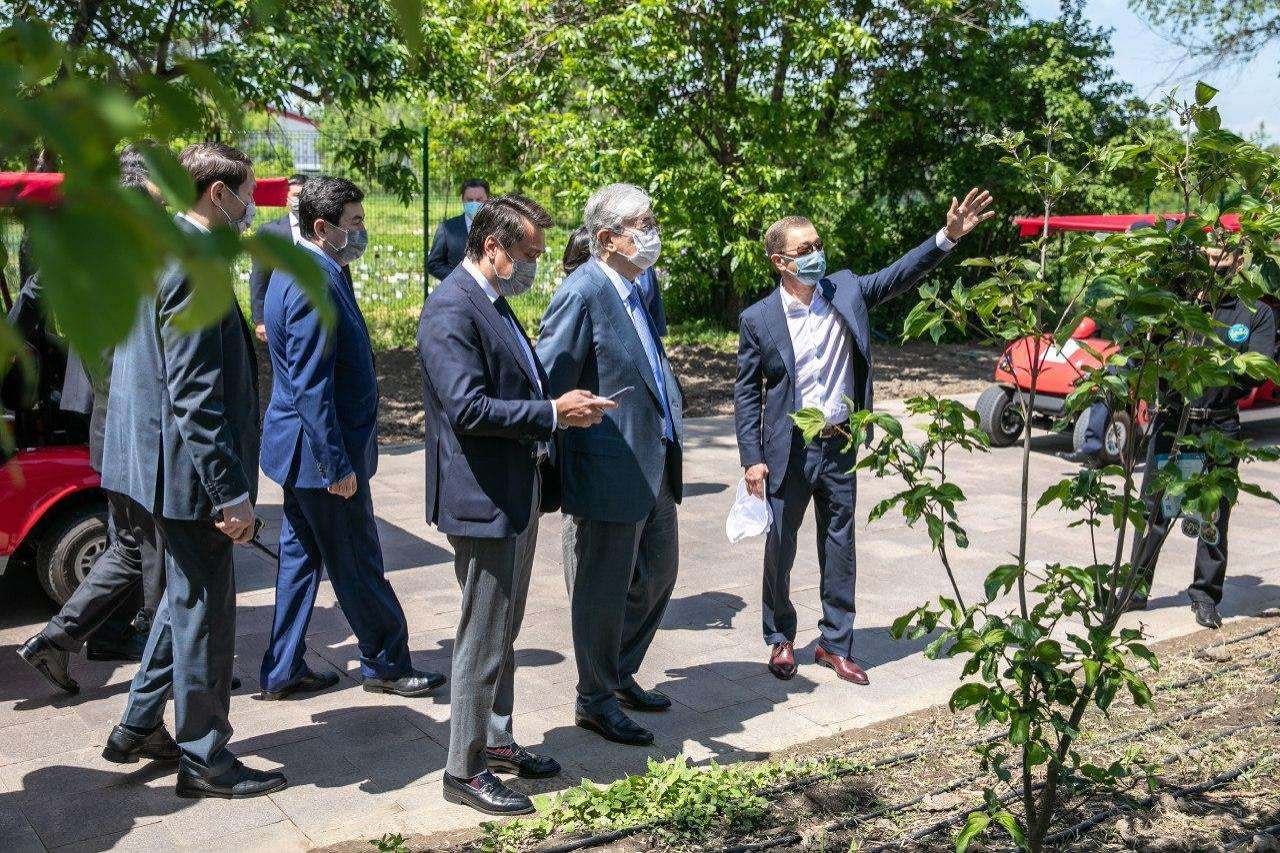 Taking into account the special status of the Botanic Garden and high public interests to the reconstruction project, the Bulat Utemuratov’s Foundation provided its complete openness and transparency from the very beginning. The reconstruction concept and master plan were presented to the general public at the public hearings in summer 2018. The reconstruction sketch plan taking into account the recommendations and wishes of the participants of the hearings was presented in autumn 2018. Four press tours with the participation of the media, public and environmental activists were held during the entire implementation period. Last year, before the beginning of construction activities, the public hearings were held in six stages for assessment of environmental impact of some parts of the project (fences, heating networks, utilities, river water intake area, landscaping, and entrance pavilions). A group of active citizens was created for public control over the project implementation, and a volunteer group that took part in the garden work was formed. Moreover, the Bulat Utemuratov’s Foundation regularly informs about the progress of reconstruction via mass media and at specially created pages in social networks Facebook and Instagram (pages: Main Botanic Garden Reconstruction), where any user may provide feedback or a wish or ask a question. 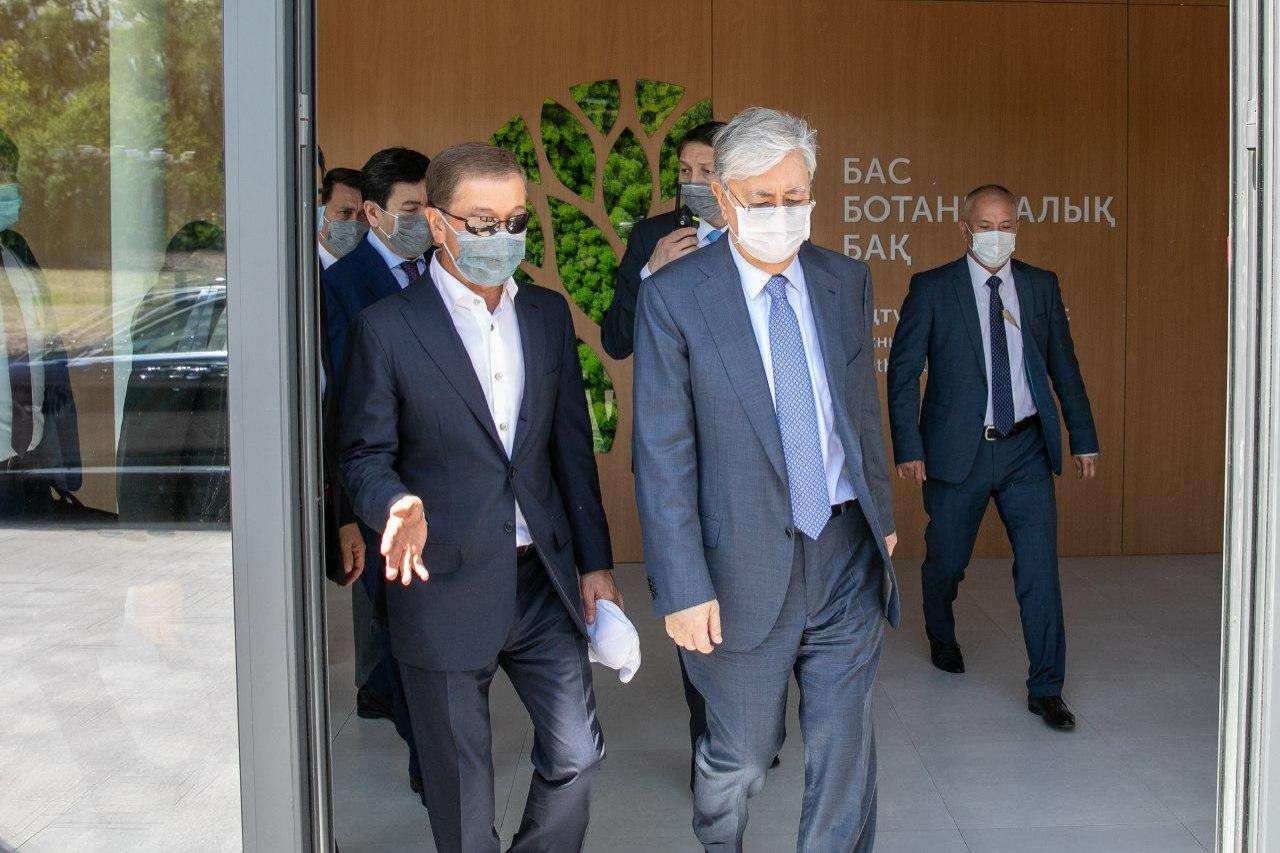 Three new entrance pavilions with an electronic ticketing system were built in the garden during one year of the project implementation. 174.3 thousand plants, of which more than 1,300 trees, 40 thousand bushes, 130 thousand cereals and perennials, 3 thousand roses were planted. The water supply system has been restored and drip irrigation and auto irrigation systems have been created. Now the vegetation gets 2,760 additional cubic meters of water per day. Public areas of the botanic garden were enhanced and expanded to 27.7 hectares, 50 thousand square meters of roads and paths with installed lighting (1,500 lights) and video surveillance (130 cameras) systems were repaired, garden furniture (250 benches) was replaced. Road pavement was replaced with natural stone in the north parterre; a “dry fountain” and a pond with aquatic plants were built. A south parterre with three ponds, a pergola, a herbage field and alleys of maple, linden, birch and pine was created instead of the wasteland. A mobile application with a garden map and vegetation description was developed. Particular attention was paid to the accessibility of all the botanic garden areas for people with limited mobility - comfortable wheelchair ramps were built and tactile paths were laid.
President of Kazakhstan Kassym-Zhomart Tokayev highly appreciated the private charity initiative implemented with the direct participation of the public and expert community. “I think that the local administration jointly with the Bulat Utemuratov’s Foundation implemented a very big and, most significantly, important work in this direction. I urge all Almaty residents to protect this territory, treat it like their own home and, I believe that the Botanic Garden, as in former times, will become one of the favourite places for Almaty residents to visit. So I wish you success,” Kassym-Zhomart Tokayev said.
The founder of the charitable foundation Bulat Utemuratov thanked the head of the state for his attention and appreciation. “We treated this project implementation with all responsibility in order not only to preserve the garden green fund, but also to increase it by enriching it with new collections. Careful restoration and use of advanced technologies are two basic principles we were guided with. We have put our heart and soul into this project, and we have done everything possible for Almaty residents to like the renewed botanic garden. This is our gift to the city, which we make disinterestedly - the garden remains in state ownership and will continue scientific activity,” Bulat Utemuratov said.